I was the only one who could save that defenseless boy.

I was sixteen, a few years older than him, but I was the only one who could defend that child, so I did. He was a Tutsi and in 1994 in Rwanda this was more than enough to die. The soldiers would have killed him. I am Hutu, I knew they wouldn't kill me. So I got in the way and no, I wasn't killed. They gang raped me.

He was a child on his own, what could I do? When they finished raping me, they went back to the boy and I got in the way again. I knew I would not survive another assault. But maybe they were tired or maybe they didn't care much about killing that boy, so they left. I took him with me and brought him back to his mother.

That violence destroyed my adolescence. But the boy and his mother are alive thanks to me and this is worth all the pain I suffered. Due to the sexual assault, I got pregnant with twins and contracted HIV. I was sixteen and I was not ready to be a mother and sick. I remember that period as the darkest of my life. I never got married, I didn't want other men in my life and in Rwanda it is not easy to be a young single mother. 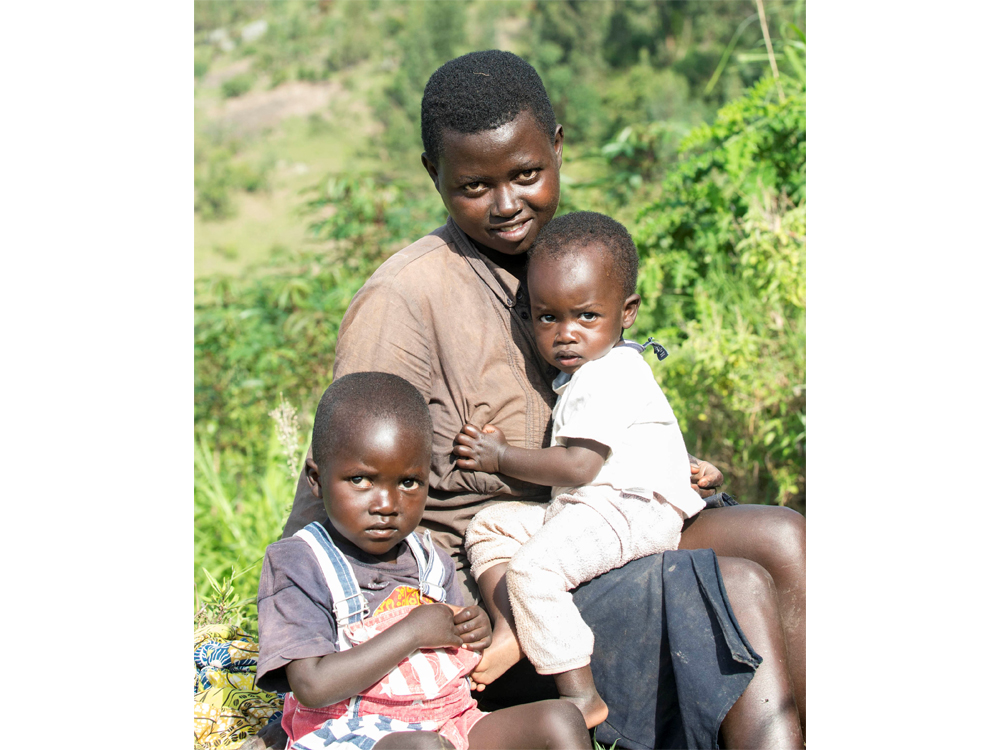 When my family found out that I was infected with HIV, they cut me off because they were ashamed of me. I was truly alone, in despair, and struggled find hope.

A year after my family had rejected me, I got in touch with ActionAid who had started a women's cooperative.

They introduced me to a group of supportive women, people who had known violence like me and who had survived. They taught me how to take care of plants, how to follow sowing and harvesting. They became friends, confidants. They don't judge me for what happened to me and I often have the impression that they are the only ones who really understand what I went through.

Working doesn't scare me, I grow mushrooms, potatoes and corn. I sell most of the harvest, I keep a small part for me and my children. I don’t need anyone, I am now independent. I am happy with what I have, with the cooperative that allows me to live with dignity, with my friends, with health insurance that I can afford. Today I am a better woman than when I was sixteen, because I would not allow anyone to do what I experienced without demanding justice. My children will not live through what I have lived through.

I'm here to defend them.