Economic independence allows me to be free.

My name is Rani

I'm thirty years old and I survived my husband.

The man I married and had two children with, abused, battered and threatened me for six years.  He did this for six years because I did not have the courage to denounce him after he beat me the first time, because I was afraid for my children.

I suffered in silence because I thought nobody would listen to me.

The last time he hit me, I was pregnant with my second child. He hit me so hard that I became deaf in one ear. I realized that I was no longer the only one in danger, and I needed to protect my children.

I ran away and in that very dark moment of my life, I met the Gauravi Center and ActionAid. Gauravi means "pride" in my language.

I met doctors, psychologists, and other survivors of domestic violence as well as people who were willing to listen to me and help me. They welcomed me and my children and made me feel at home.

My life has changed since then. 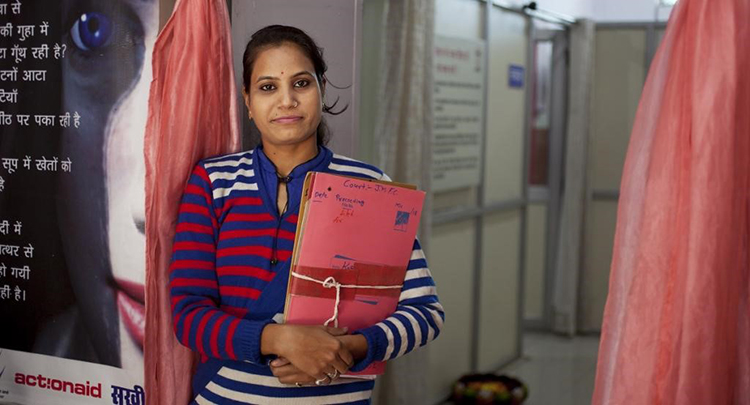 Economic independence allows me to be free.

When I was asked to work in the center to help other women in need, I immediately agreed. A few days ago, they asked me if I was willing to talk with raped and battered women. They were afraid that hearing their stories would take me back into the nightmare that I survived.