Once I sold all product from the farm, I had no income. Soap making has helped me survive.

Furaha Ntawigira, 39, is married with six children, living in the Nyiragongo territory in Democratic Republic of Congo (DRC).

Furaha is the secretary of Maendeleo women’s group which benefited from ActionAid training in soap making. The project aims to diversify incomes and increase women’s access to and control over their land. 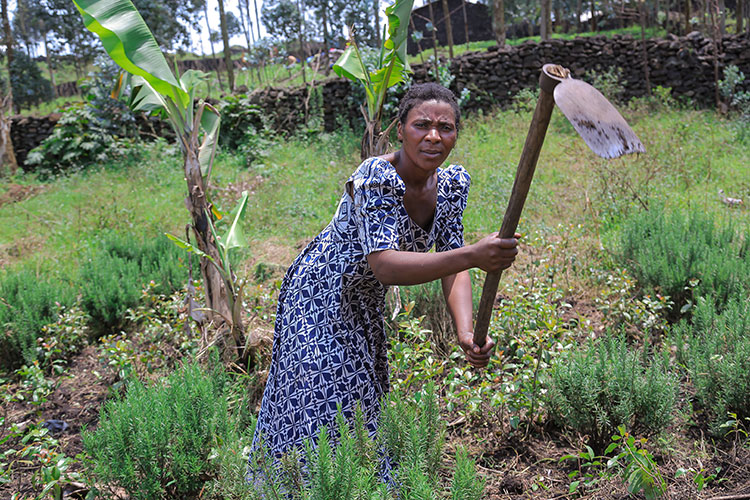 “Covid-19 is worse than Ebola.  It has affected farming activities and shaken the local economy. Before Covid-19, we could go to buy goods in Rwanda, Goma, Rutshuru or Masisi.

"When the lockdown was declared, people could no longer move out of their villages. Therefore, we could neither buy nor sell and only survived thanks to farm produce, though there was poor production in the current growing season. We ate what we got from the farm during the lock down, we could not get variety of food and spices," she says. 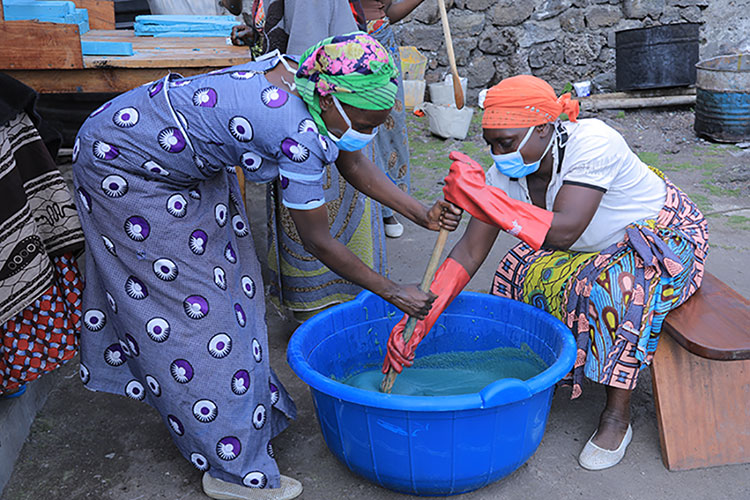 Furaha says there was a poor harvest this year because farmers were unable to travel to buy seeds and pesticides from Rwanda or Masisi territory.

In response, ActionAid is training women in the district on agroecology, climate resilient, sustainable farming techniques that work with nature, to reduce their reliance on bought seeds, pesticides and fertilizer.

Local crime increased as people lost their livelihoods due to lockdown. Furaha says: "Many thieves used to break into farms and steal the harvest. I had potato crops on the farm before the lockdown but thieves who lacked food during the hard times, broke into farms to steal the harvests, including mine. If you met them, they would beat you and threaten to kill you in case you reported them."

To be able to earn their living, Furaha and other women have been making and selling soap. With handwashing now vital to preventing the spread of Covid-19, the Maendeleo women’s soap-making business is booming. ,

“Now apart from the income from farm produce, I can get 7$ of profit from soap making per week. Last time, after selling off the farm produce and eating a quantity, there was no income to cover the period between two harvests. Now, the soap business will do it,” Furaha says.

With this income Furaha was able to buy potato seeds, she says: "Had I not made and sold the soap I wouldn’t have got seeds for next season”.