“We’ve had so many cases of gender-based violence that I’ve even had to take some women into my home”.

On International Day For The Elimination Of Violence Against Women, meet Florence: an example of how we are working hard to erase any form of violence from every woman’s life.

Florence is the Executive Director of the ActionAid-supported Tusitukirewamu Women’s Network in Kampala, Uganda, and she believes that violence against women and girls must end with her. Florence joined the Network when she was 18 and is now its Director. When she first joined, there were 10 women, but now the group has more than 470 members (400 of them are woman).

Members of the Network have close connections in local slum communities, provide support and referrals for women who have experienced violence, and do preventative outreach work to raise awareness of women’s rights and the dangers of gender-based violence. Most importantly, the network runs livelihoods training for survivors and teaches them business management training. 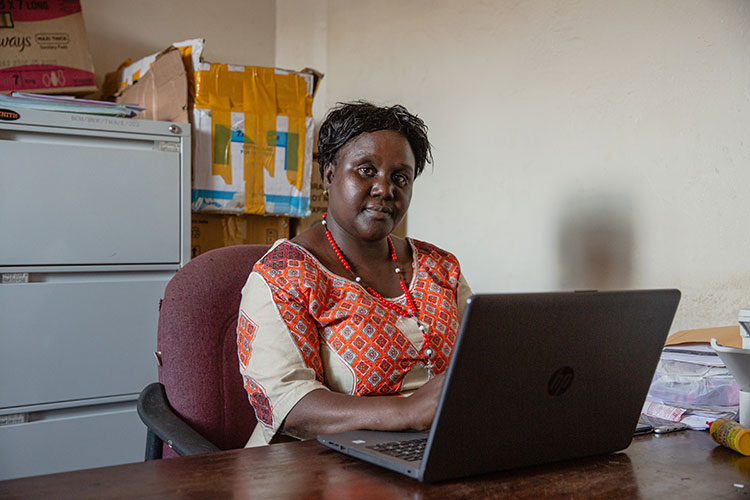 During the Covid-19 pandemic, in Uganda, the number of women turning to ActionAid’s domestic violence shelters has increased by 150%. Florence and her colleagues have seen an increase in gender-based violence: "We've had so many cases of gender-based violence that I’ve even had to take some women into my home", she said.
Florence also strongly believes in standing up and speaking out against violence publicly; not hiding it and staying silent. The network also runs training with men, as part of their prevention programme. They train male champions called ‘model men’ and teach them how to speak to other men about domestic violence in order to stop it.

This year, you help is needed more than ever. On this special day, consider making a gift and fight alongside with Florence and many other inspiring women

Find out more about what ActionAid does to defend women’s rights.