“I had to undergo FGM after giving birth.” “I was only ten years old”

"Christine was 10 years old when she got pregnant. She had been groomed for sex by a 17-year-old boy in her village. She gave birth to a daughter, and named her Irene. Despite promising to marry her, the boy abandoned her.

A year later, a man in his 50’s asked for Christine's hand in marriage. Her parents agreed, although it was not what Christine wanted. She is her husband's third wife, her new husband has children from his other wives that are the same age as she is. After giving birth to Irene, Christine was forced to  undergo female genital mutilation  because villagers ridiculed her for not being 'circumcised' and wouldn't allow her to milk the cows and get food  for her baby, until she was “cut". "It was painful," said Christine, who is now 19. She started bleeding heavily and women in the community urged her to drink goat's blood to save her life. They didn't take her to a clinic for fear of being prosecuted: FGM is illegal in Kenya.

“I no longer think that FGM is a good thing because it has destroyed many people, and also killed some people,” said Christine. Almost all the girls in Christine's village have been or are due to be circumcised, but Christine wants to spare her daughter. Her plans could be prevented by her husband who has refused to send Irene to school: "I know FGM is bad but even if I try to stop my daughter being cut it won't be enough", said Christine. "When she grows up, my husband will tell me that 'She is a grown up, and she should be like the other girls.’

Christine believes that if Irene could go to a boarding school she would be less at risk of FGM because there would be less peer pressure. "He knows the more he hinders her efforts to go to school and remains in the village, the more likely she will do what her friends are doing," said Christine. She added that her husband is "not convinced" that he will get a good dowry for Irene if she is uncut. 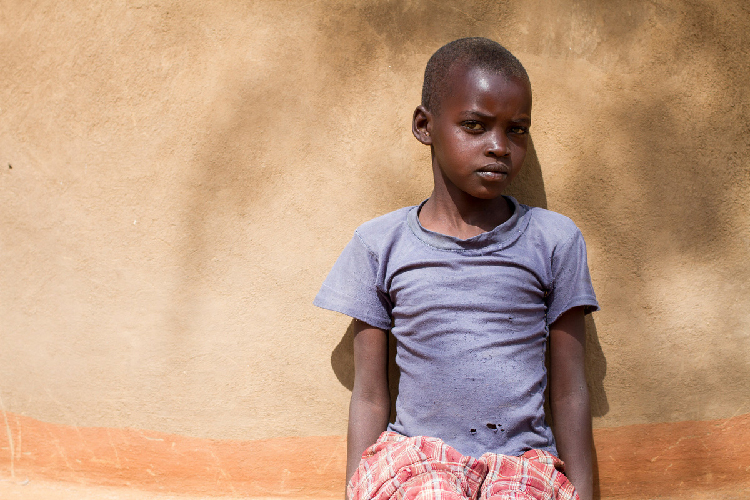 Christine said ActionAid's awareness raising seminars have had an impact.  For example, her husband has been less  violent towards her if she voices her opposition to FGM.  But, she added there is still some way to go to convince men and even young girls to abandon this harmful practice.

"Even if you encourage your daughter not to be circumcised. She feels peer pressure, and sometimes they even run away and get circumcised in another homestead", said Christine. "So that is a challenge that when you are alone fighting the cause."

Let’s show Christine that she is not alone.

On International Women’s Day, join the fight against FGM and all forms of violence towards girls and women.