This site uses technical cookies to improve your browsing and third-party statistical cookies. Statistical cookies may be processed for non-technical purposes by third parties. If you agree to browse this site, you consent to the use of all cookies. Click here to learn more. ok
ActionAidBlogMy trip to Jordan

My trip to Jordan

I visited ActionAid’s projects dedicated to women and youth refugees.

“Recently, I visited the ActionAid Arab Region. This office covers work in Lebanon and Jordan. I have always been very interested in this region: as a student because of its fascinating history, as a traveler for the wonderful and hospitable people, the beautiful landscape and delicious food.  But these countries have also been confronted with the consequences of civil war, of which civilians continue to pay a very heavy price.

I was aware that for decades, both countries have been hosting refugees from neighboring countries, and, over the last 10 years have seen an unprecedented rise of refugees due to the war in Syria.  But I was shocked to know that Jordan and Lebanon have the highest number of refugees in proportion to their population globally, with approximately 130 and 164 refugees for every 1000 inhabitants: this means about 10 times more than in Switzerland, where this average is 14. 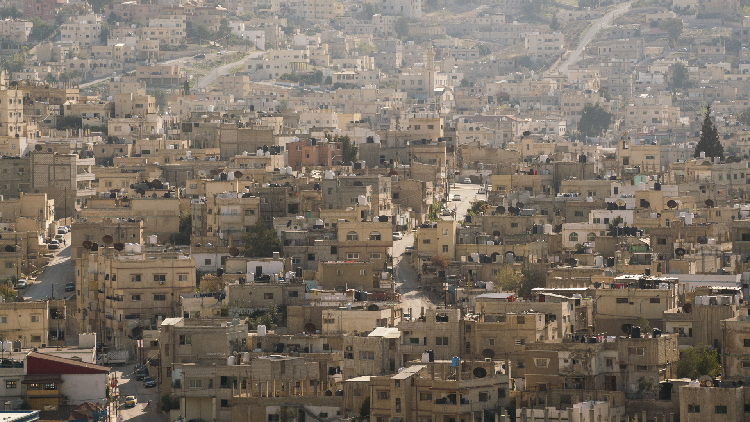 In Jordan, 80% of the 1.300.000 Syrian refugees live in cities, towns and rural areas, such as Mafraq, Zarqa and Irbid, most of them are living below the poverty line.  Walking down the streets of Amman, I was impressed by the many children and their families who visibly live in misery, begging on the street.

Aroub and Khawlah, my colleagues from the ActionAid Arab Regional Programme, explained that, because of their prolonged displacement, refugees’ resources have long been exhausted and unemployment rates are very high, particularly among youth and women. Education, health and other infrastructures have been very strained, both for the refugees as well as the host communities, for whom unemployment and competition for low-skilled jobs were already a challenge before the Syrian crisis.

Talking with Moath, Ala, Samar, Joud about the ActionAid Humanitarian Team in Amman, I had the chance to learn more about the work ActionAid Arab Region does targeting refugees and hosting communities outside the camps in these two countries. Both are poor and both need help: the team finds solutions to both benefit the communities and help ease tensions between the two. 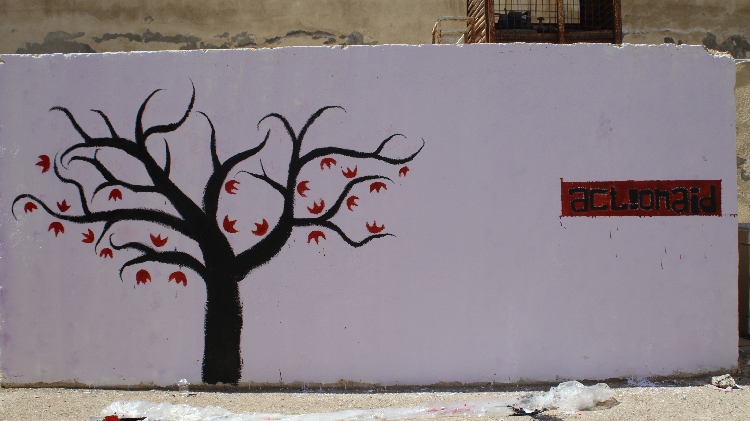 ActionAid’s priority is helping women and girls, increasing their protection, security and well-being.  Cultural practices, poverty and very limited outlook for a better life unfortunately hit women harder:  the women in Jordan and Lebanon often tell us that they face stress, domestic and street violence, harassment and other violations of their human rights. Girls are married at an increasingly younger age as a coping mechanism.

Our programmes aim to restore their hope and self-security, equipping women and girls to stand strong, forming women groups that develop protection initiatives, including the set-up of safe places, as well as providing psychosocial support to gender based violence survivors.  With women and young people, our programmes encourage positive attitudes towards women and change of attitudes towards traditions that accept and perpetuate gender violence. We develop initiatives that encourage self-reliance so that they emerge from being victims to become actors in shaping their future and opening their horizons.

My colleagues also spoke about the Youth programme, where we engage with the local youth: “we encourage them to become more conscious of their role as active citizens, taking responsibilities and demanding accountability from service providers”.    Employment opportunities are limited:  therefore ActionAid Arab Region encourages initiatives to start small businesses and to develop skills for increased employability.

I hope that, also with the help of Swiss individuals and foundations, we can help.

Of course, now with the pandemic threatening the lives of so many, funding this work is more difficult than ever.

But the people need our support: their health infrastructures are much more fragile, and they rely much more on community-based self-help, which we help them build and sustain. Also we know that women and children are much more prone to domestic violence in situation of confinement: this is an area that our work will continue to support.”

Why I Fight for Women

The solace of giving for causes we believe in.

An important referendum in Switzerland concerns us all.