This site uses technical cookies to improve your browsing and third-party statistical cookies. Statistical cookies may be processed for non-technical purposes by third parties. If you agree to browse this site, you consent to the use of all cookies. Click here to learn more. ok
ActionAidBlogMarch 8, 2021

Change is possible, and it's in each of us.

We have come a long, long way, dear friends, colleagues, mothers, daughters, companions. Many women have been elected to important positions in the world of politics and finance which is inspiring and heartwarming.  We are also seeing many young people on the front line, fighting for political freedom in their countries, as well as climate and social justice. This gives us hope that change is possible.

More than 150 years ago, Maria Montessori was born: a woman who inspired and influenced education around the world. She also fought hard for women's rights, equal pay and legislative action to protect women's right to work, education and self-determination.

How far we have come since then... but so much remains to be done ...

Where is women’s right to self-determination, when in many countries, women do not decide their fate, do not have full voting rights, and do not sit at the negotiating table to determine the fate of their countries? Where are women’s rights when most political parties and corporations are still controlled primarily by men?

What about a woman’s right to make informed choices about her own body – if they are not allowed to decide how and when to have children?

What about the respect and dignity of women and girls, violated, raped, beaten, killed, just for being women?   From their workplace to their homes, and everything in between, why do women continue to face the risk of violence and frequently at the mercy of men.

Why is it still normal today for every parent to feel anxiety about having daughters who come home when it gets dark?

Where is wage equality?  Even today in a country like Switzerland, women earn an average of 20% less than men?

Where are the measures to protect women's work? For example, making it easier to access day care, after-school programs, or to have more flexible working hours? 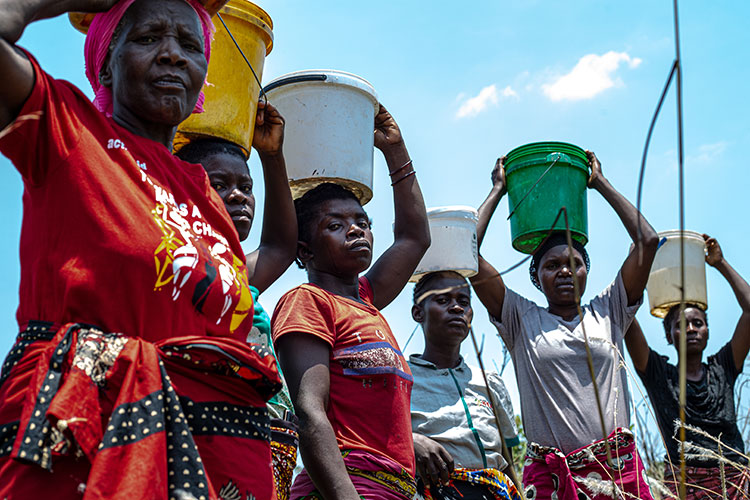 And when the pandemic ends, it will be women who will emerge year after year, poorer and poorer than before.

In short, friends, colleagues, mothers, daughters, companions: we have come a long way since the days of Maria Montessori.  But we still have a lot to do.

Change is possible, and it's in each of us.