The sad phenomenon of child brides.

Today, there are about 22 million child brides worldwide

Early marriages are prohibited under international law because they are considered a violation of children's rights, but they remain a dramatic phenomenon, sadly widespread and difficult to eradicate. A situation often linked to poverty and gender discrimination, which harms the development of girls, denying them the opportunity to make choices about their bodies and their fate.

That is why we as ActionAid have been working on the ground for years to stop early marriages, alongside the children and girls who are at risk: we are alongside Faith, who's only 6 years old but when she will be 9, she might be given in marriage to a much older man. Her mother Pauline, who is now nineteen years old, was herself forced to become a child bride and today fears that her daughter will suffer the same fate.

We cannot allow this to happen.

How many child brides are there?

It is estimated that today 22 million girls have been forced in an early marriage. Many of them are even already divorced or are widows.

But it does not end there:  today one hundred million girls risk getting married too soon. A risk that, given the current rate of growth of the world population, we expect to increase, since the greatest population increase will take place precisely in the poorest countries.

With the advent of the Covid-19 pandemic, the number of early marriages in the world, which until now was decreasing, is set to increase: the phenomenon of child brides is in fact closely related to the poverty situation in which communities and families find themselves. The closure of schools and the worsening quality of life will condemn an increasing number of girls to be married off so that they don’t represent a burden for their family.

Why do early marriages take place?

The factors that expose a girl or young girl to the risk of forced marriage are different: a family living in poverty, the mistaken perception that marriage will "protect" the child, social or religious norms, gender discrimination for which a child is considered more docile and obedient.

Fortunately, almost all the states of the world have already made early marriages illegal. But the law is not always respected: especially in the most isolated and rural regions, families still secretly consent to the practice of early marriages. Although the age of majority is often a requirement for marriage, in several countries the consent of parents is sufficient for a girl to be married as a child.

What are the consequences of early marriages?

Early marriages often have dangerous consequences for the health of child brides, it is enough to think of how an early pregnancy causes a high risk of mortality of young women and their newborns. Girls between the   ages of 15 and 19 are twice as likely to die because of childbirth compared to women in their 20s, and babies born to such young mothers are also at risk of health.

Especially early school leaving prevents the child from being able to build her future outside the domestic sphere and be able to emerge from the spiral of poverty, to which her children will also be condemned. In addition, contracting an early marriage triples the probability that he or she will suffer violence from his spouse, compared to a married adult. 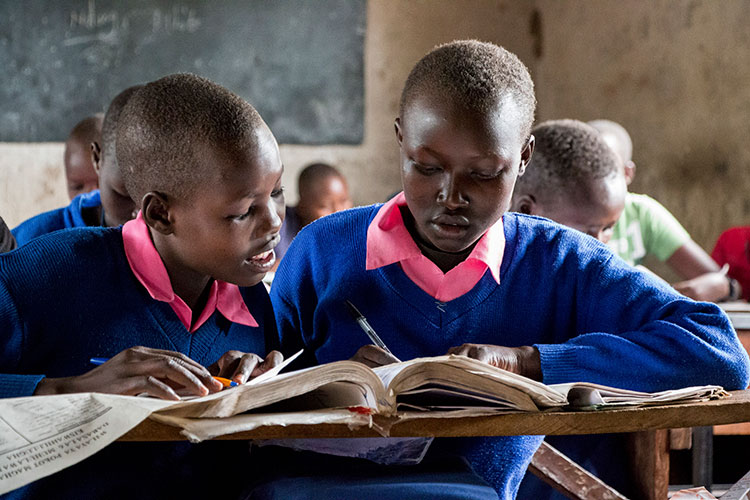 The Convention on the Rights of the Child

We inspire ourselves with universally known principles: protecting the child also means protecting  girls and boys against the risk of early marriages.

" States Parties undertake to ensure the child such protection and care as is necessary for his or her well-being, taking into account the rights and duties of his or her parents, legal guardians, or other individuals legally responsible for him or her, and, to this end, shall take all appropriate legislative and administrative measures."- Article 3 (2) of the International Convention on the Rights of the Child.

Find out how you can help